Our short courses are industry recognized and provide skills to springboard you into a new career.

Develop communication and presentation skills, build confidence and create a vision for your life.

Our programs are industry relevant, internationally recognized and deliver graduates with accredited qualifications. 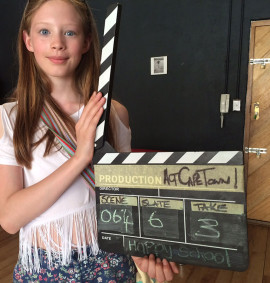 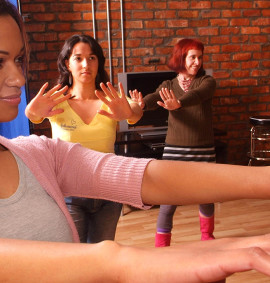 Acting for Film I
0
View more 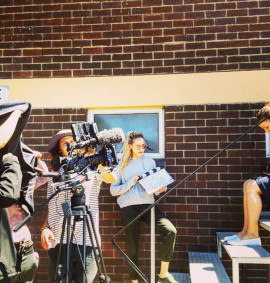 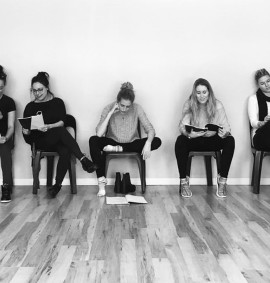 (Troy: Fall of the City; The Dark Tower; Zulu)

“I thoroughly enjoyed the Acting for Film course at ACT. It is a great course for any young actor looking to get a feel for film and to gain confidence in front of the little red eye. “

(The Pirates of Somalia; Saint & Strangers)

“My time at ACT taught me the importance of professionalism, hard work, and preparation. There really is no substitute for these things in the industry, and ACT’s coaches have the real-world experience necessary to impart all the most important lessons to their students. The ACT family is a warm and welcoming one, and the qualification I pursued there gave me the skills I needed to jump into a career in the performing arts immediately after graduation. “

“Every time I speak about my studies or hear about anyone wanting to study acting in Cape Town, whether full-time or part-time, I jump to suggest my alma marter. I feel that it is one of the few schools that really prepare you for what the entertainment industry expects of you not only locally but internationally. Having coaches who are still working artists was a privilege like no other because you get first-hand experience and expertise. You leave with an incredible toolbox of accumulated skills to help you excel! On a personal level, it was an amazing feeling to have an institute show the support I’ve received post-graduation, as you grow as a performer and individual in your career. I’ll always relive my time at Act Cape Town and just remember how much gratitude I have and high regard I hold for every single person who worked and help shape part of who I am as a performer today.”

“Best acting school I’ve been to (I’ve been to many here and in Los Angeles). If you want to become a professional actor and have a deep craft and be a true artist, then I highly recommend the full time certificates. The coaches are amazing; the environment is incredibly nurturing. I’m in third year and I don’t want to leave!”

“I came to ACT after finishing my degree in Drama and Theater studies at Stellenbosch. I felt I needed to round out my training in film acting and originally only intended to do one year at ACT… The course structure and training was so wonderful and useful, I ended up staying for the 2nd year. When I graduated after my 2nd year at ACT I left feeling confident and thoroughly equipped for the industry. The course is structured and taught in such a way that you are not only developing and sharpening your acting skills, but you are also being prepared for that audition room and the industry. Learning from industry professionals who are passionate to share what their experience has taught them was a privilege and honour.”

“Act Cape Town is a fantastic space to develop and hone your craft. They have driven, ‘industry active’ teachers who are filled with invaluable knowledge, teaching a well thought out practical syllabus. Extremely important as very little about acting can you really learn from a book.
ACT alumni are well known for their phenomenal candour and professional attitude on-set. I can attribute my success to a strong foundation which was supported by my time at Act Cape Town.
Highly recommend speaking to any of their coaches if you’re not already convinced you should attend.”

(“Clifford Hertman” in the movie “MOFFIE”)

“Act Cape Town changed my life. Not just to be MUCH better at acting but also taught me how to be a better version of myself and to express my inner self. Long before I went to ACT, I didn’t have any desire to go and study acting because I thought to myself, “hoe moeilik kan dit nou eintlik wees?” and I went to go study Tourism but ended my studies after a year and decided that maybe I should just go study acting. And so after a couple of months I got accepted into Act Cape Town and ended up having one of the best times of my life! It’s Family.

During my acting studies I got scouted by an acting agent who made it possible for me to get a few acting jobs and commercials.

After I graduated with ACT I got cast to play my biggest role yet, “Clifford Hertman”, in the movie “MOFFIE”. If it wasn’t for Act Cape Town I wouldn’t have got the role because ACT taught me certain skills and tools that I took with me to all six auditions!”

“ACT has truly changed my life! The pure skill and experience of the coaches as well as the nurturing way in which the craft of acting is taught at this institution has really brought out the best in me over the last 3 years…I highly recommend the full time student courses – they are challenging! But so rewarding and if utilized correctly you will see the results. Being in front of a camera almost every day gives you the confidence necessary to put yourself out there in this tough industry.”

“If you’re looking for an Americanized formal studio type acting training, then Act Cape Town is the place for you!
Back in 2008 I was studying abroad at an acting institute in NY at the time and I couldn’t afford to stay longer in order to further my acting training so I started looking into where I could further my studies back home and that’s when I came across ACT. It was the kind of institution that I resonated with; one of which has a film acting training focus, but as they do in the US, approaches acting as an art form in itself and tries less to divorce theatre and film from each other. At ACT you will have the opportunity to delve into both mediums.
It was during my two years at ACT that I learned to hone my craft and mature as a performer. I was exposed to many different techniques and found a ‘method’ that worked for me. Coaches guide you in the process and orientate you with various methodologies but they do not force their personal technique on you but rather give you the creative freedom and space to explore.

Nothing will prepare you for the reality and the harshness of the industry, but ACT does its best to do so and in my opinion is the best kind of acting training that you can get in SA.”

“Before I started with ACT, I had this idea that ‘acting’ came naturally. After my course, my performance changed 100% percent! They are a fantastically warm, professional and comfortable school that I will recommend to anyone needing that extra ‘push’.”

“I entered my very first class with Act Cape Town as a shy, inexperienced television presenter and was welcomed warmly by a community of actors who afforded me the opportunity to craft my talent, safely ground myself and learn while doing! Since then, the studio has become an annual visiting place where I can go to grow as a performer and working professional, always knowing that I am getting the best, hands-on training in the industry.
Striving for excellence is a continuous process and with Act Cape Town, whether it be short or long term courses, it has always been a pleasure!”

“I studied at ACT before my career took off, and I can only thank them for that! In essence, either you can act or you can’t but it is vital either way to empower yourself with the tools necessary to further your career. ACT gives you the means to gain the confidence you need in this very tough industry. They equip you with great techniques and help you channel your best traits in acting. Once you’ve done a course through ACT, you’ll be ready to take on the television, film and theatre industry!”

“ACT gave me a real chance of having a successful career in the entertainment industry. With industry professional lectures, hands on approach to training and family like atmosphere; there is no better place to hone your skills.”

“ACT Graduates who audition for us demonstrate an ease in front of camera and a good grasp of film acting technique. They also show an understanding of the need to continue honing their craft throughout their careers. This is no doubt because they are taught by working actors who themselves are constantly responding to trends in the film industry.”

My acting was pretty much trial and error before I started taking classes at ACT. After a string of one line roles, I dedicated a year to hone my craft and took Acting for Film – Level I, II & III which completely changed my approach. I got to know my most important instrument, myself, and how to take what I learned and apply it in any situation. The staff are wonderful and readily accessible, it’s a great support team, and I will always go back to ACT.

“ACT has given me two of the best things needed to succeed in the acting world : preparation and opportunity. ACT equipped me with the essential skills to develop self, craft and an understanding of the industry. Learning to take direction and criticism. Learning to listen and trust impulses. These are but a few of the things that ACT will teach you… and from you it requires patience, perseverance and courage. All you have to do is bring everything you have to the table; and willingness to receive with an open mind and heart.”

“In my two years at ACT I experienced so much growth and gained a better understanding, not only regarding my acting or on camera technique, but also my emotional and inner truth. ACT has opened my eyes to so many things and helped me grow as a professional individual. I thank ACT for helping me with my first crucial steps and for their on-going support as I further my career.”