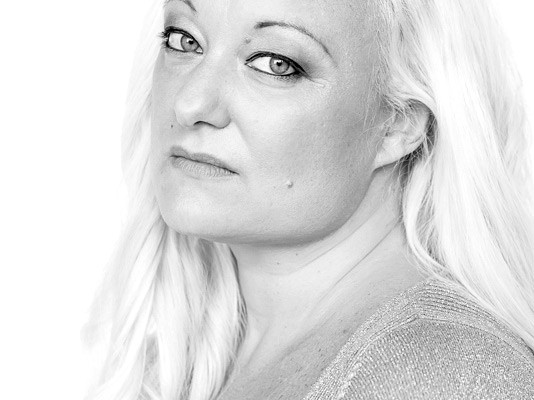 Cape Town born, Robyn Scott is an International Award winning actor,in 2013 at the Edinburgh Festival she won Best Actress for her role of 86 year old Rosa Kaplowitz in Nicholas Spagnolettis’ London Road. She also received a Fleur du cap award and a Naledi award,both for best actress for this role.

Robyn graduated from the University of Cape Town in 1995 with a Performers Diploma in Speech and Drama.

She has worked across television – she is currently in the second season of SABC 3, Those Who Can’t,a mockumentary comedy,playing the deliciously evil Marlene Heinkel,the school secretary.

Her many theatre performances include Maria in Twelfth Night,Lady Macduff and the porter in Macbeth and Perdita in The Winters Tale- all at Maynardville.

Dotty in Noises Off and her acclaimed role playing the 60 year old Elizabeth 1,in Elizabeth 1-Almost by chance a Woman,which earned her two Fnb Vita Awards -Best Actress and Best Newcomer.

Robyn is an experienced Voice over artist and is currently the voice of Takealot and for Red bull.

Of her Stage Award win in Edinburgh it felt like she had won Gold for South Africa.